Your message has been sent.

Potomack will be closed Saturday, July 2 - Monday, July 4, for the holiday.

ATTENTION: You are currently using an unsupported browser. We recommend switching to Google Chrome or Edge for the best on-site experience.
An error has occurred while processing this page. The site administrator has been notified. We apologize for the inconvenience.
Back to catalog 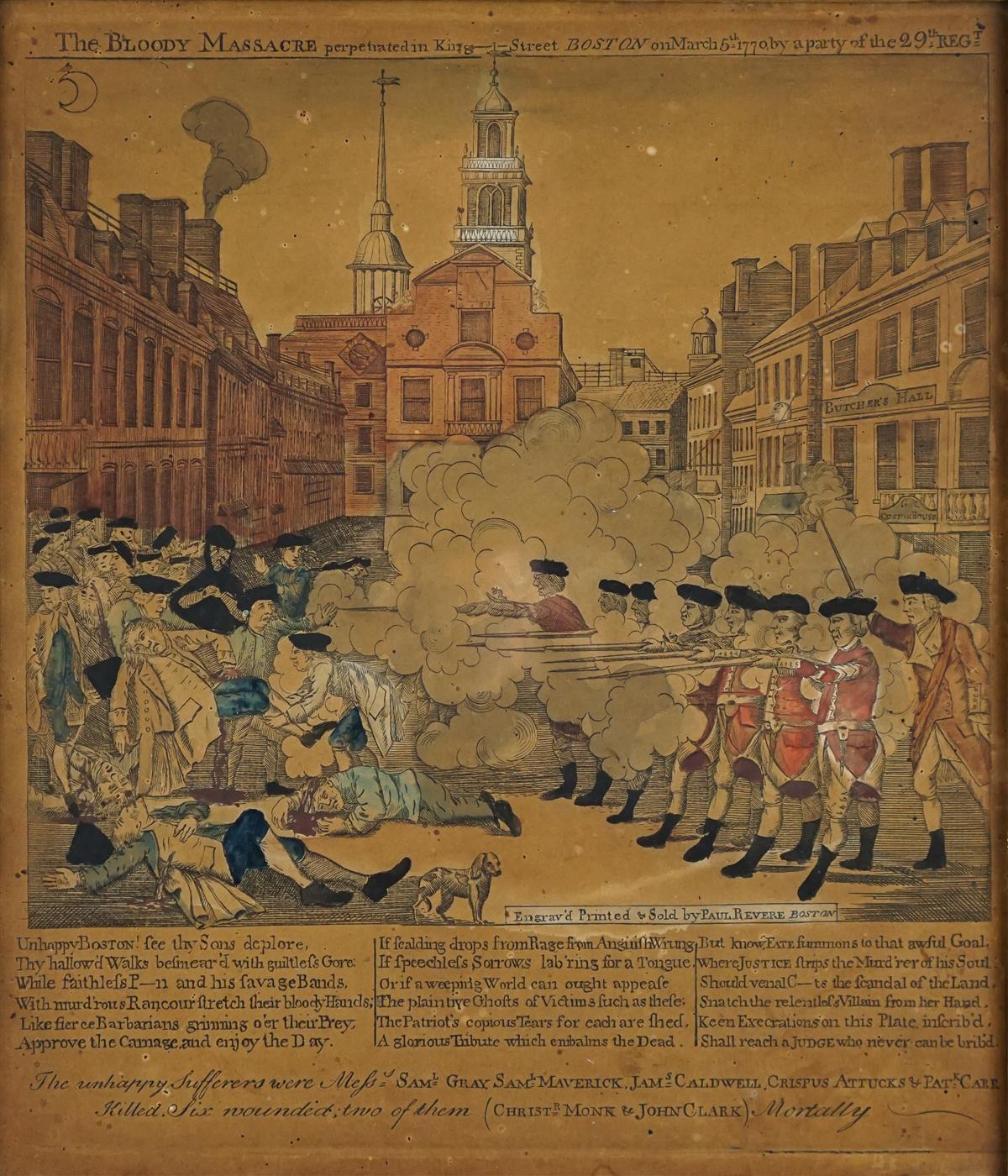 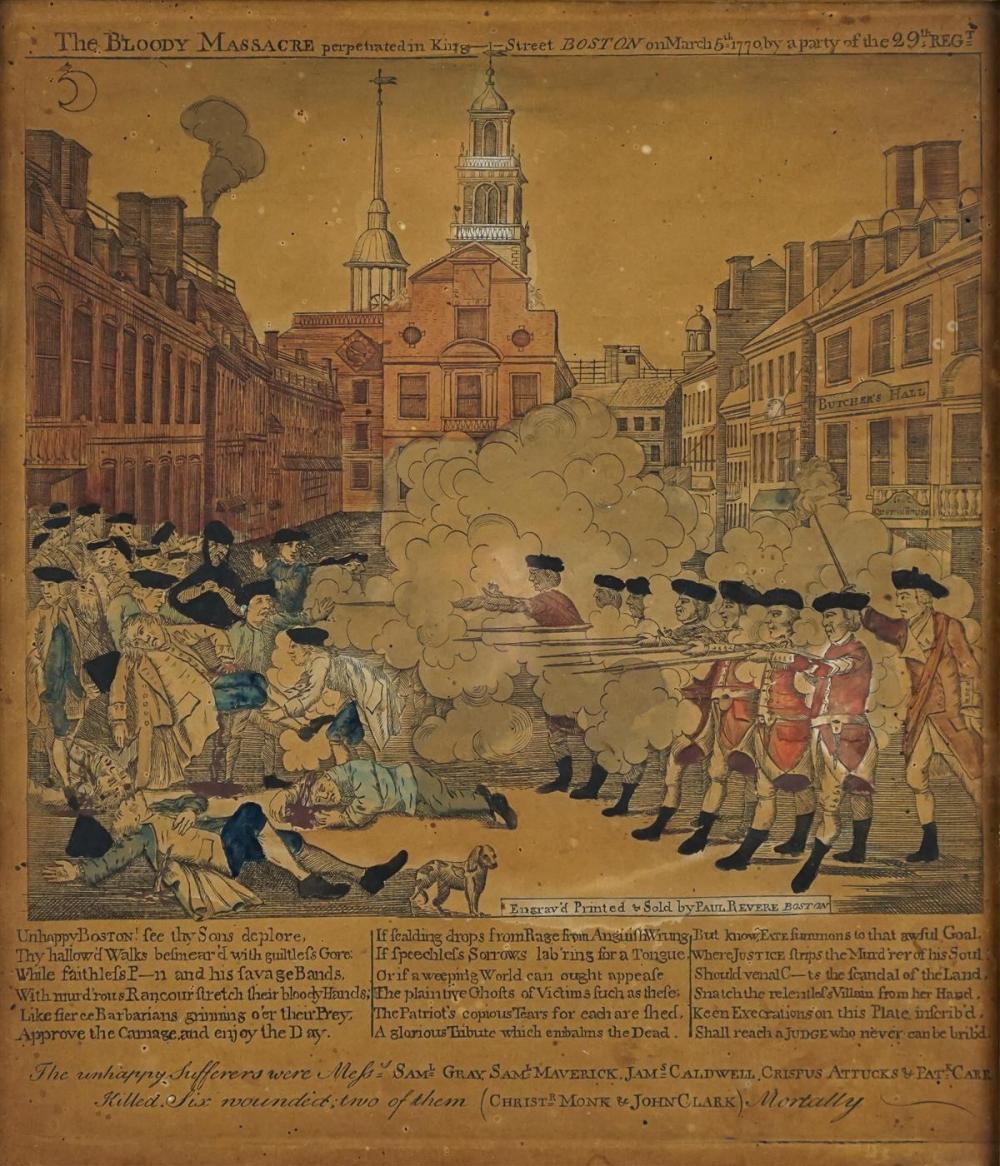 An iconic image of the American Revolution, this print illustrates the bloody events in Boston on March 5, 1770, leading to the death of eight (listed at the bottom of the engraving) and many wounded.

Revere's engraving is based on Henry Pelham's print of 1770. The differences between Pelham's engraving and Revere's are well listed by Brigham: "the differences....are many.... The Revere print has the moon facing to the left, has seven columns instead of eight in the cupola of the First Church to the left of the Town House, omits a smoking chimney behind the figure of the unicorn, omits a slender steeple to the right of this chimney, has no clear design of the sun-dial on the Town House, and inserts the words 'Butcher's Hall' on the second story of the 'Custom House'." (Brigham 1954, pp. 44-45)

This particular print has a fleur-de-lis watermark [the same watermark on laid paper was used in - Josiah Flagg, 'A Collection of the Best Psalm Tunes' (Boston: Engrav'd by Paul Revere, printed & sold by him and Josiah Flagg, 1764.) According to John Bidwell, "American Paper Mills, 1690-1832: A Directory of the Paper Trade, with Notes.." p. 87 and illus p. 88 fig. 2.1.] Note: The Bloody Massacre print sold at Sotheby's "Fine Manuscript and Printed Americana," 24 January 2019, lot 2072 also has a "fleur-de-lis" watermark.


Provenance: By descent through a Boston family to Robert Bacon, Secretary of State to Teddy Roosevelt and Ambassador to France then to his son Gaspar Griswold Bacon (see red label with initials GGB) and by descent to present owner

You agree to pay a buyer's premium of up to 30.0% and any applicable taxes and shipping.